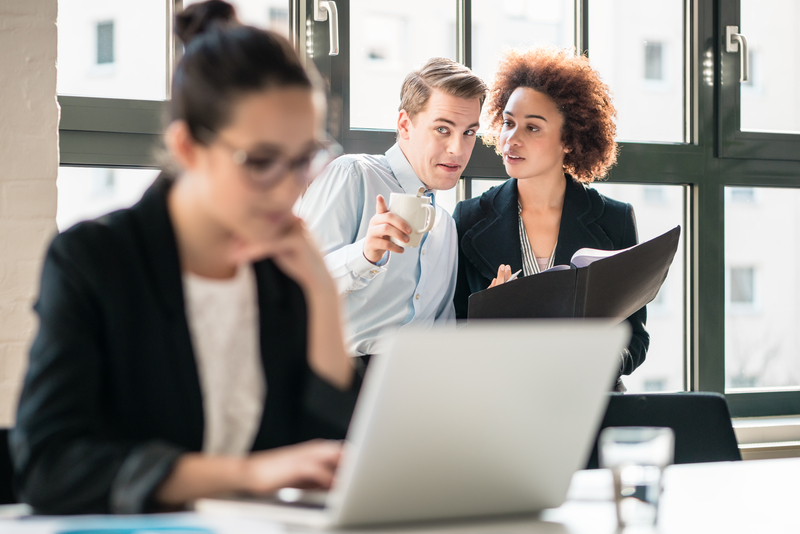 “Well, I heard she only got the job because she had a fling with the manager.” How many of us have heard something along these lines during our careers? Office gossip is often dismissed as harmless banter and a form of de-stressing, but beware. Times are changing, and the legal repercussions of participating in watercooler rumors just became a lot more serious.

Parker v. Reema Consulting Services Inc. is a recent ruling from a Federal appeals court that addressed a female employee’s claims of gender discrimination. The Court in Parker held that employers could be liable under federal gender discrimination law (Title VII) in cases involving false rumors that a female employee gained a promotion because of a sexual relationship. The facts of Parker are somewhat complicated, involving a complaint against Ms. Parker by the person who, it later transpired, himself participated in spreading the false rumor. Instead of investigating the rumors, the employer allegedly stumbled at every step, including blaming Ms. Parker for the disruption caused by the rumors about her. The employer eventually fired Ms. Parker.

The Court found that Ms. Parker “plausibly invokes a deeply rooted perception—one that unfortunately still persists—that generally women, not men, use sex to achieve success. And with this double standard, women, but not men, are susceptible to being labelled as ‘sluts’ or worse, prostitutes selling their bodies for gain.” It went on to say that, because “traditional negative stereotypes regarding the relationship between the advancement of women in the workplace and their sexual behavior stubbornly persist in our society,” and “these stereotypes may cause superiors and coworkers to treat women in the workplace differently from men,” it is plausibly alleged [by Ms. Parker] that she suffered harassment because she was a woman.”[1]

What can employers learn from the Parker case? Gossip about employees should be taken seriously and investigated promptly and properly. In the #MeToo era, it’s no longer enough to dismiss these types of rumors as harmless watercooler banter. Ignoring these rumors sends the message that women are not hired on merits. Leaving aside the legal consequences, that image is bad for morale and bad for your business reputation.

Get Answers from an Atlanta Employment Law Attorney

If you’re worried about how to deal with rumors in the workplace, get answers from the Georgia employment law attorneys at Stanton Law. They have worked with many employers on a variety of scenarios and can knowledgeably guide you in your efforts to handle these situations appropriately. You can reach us online or by phone at 404-531-2341.